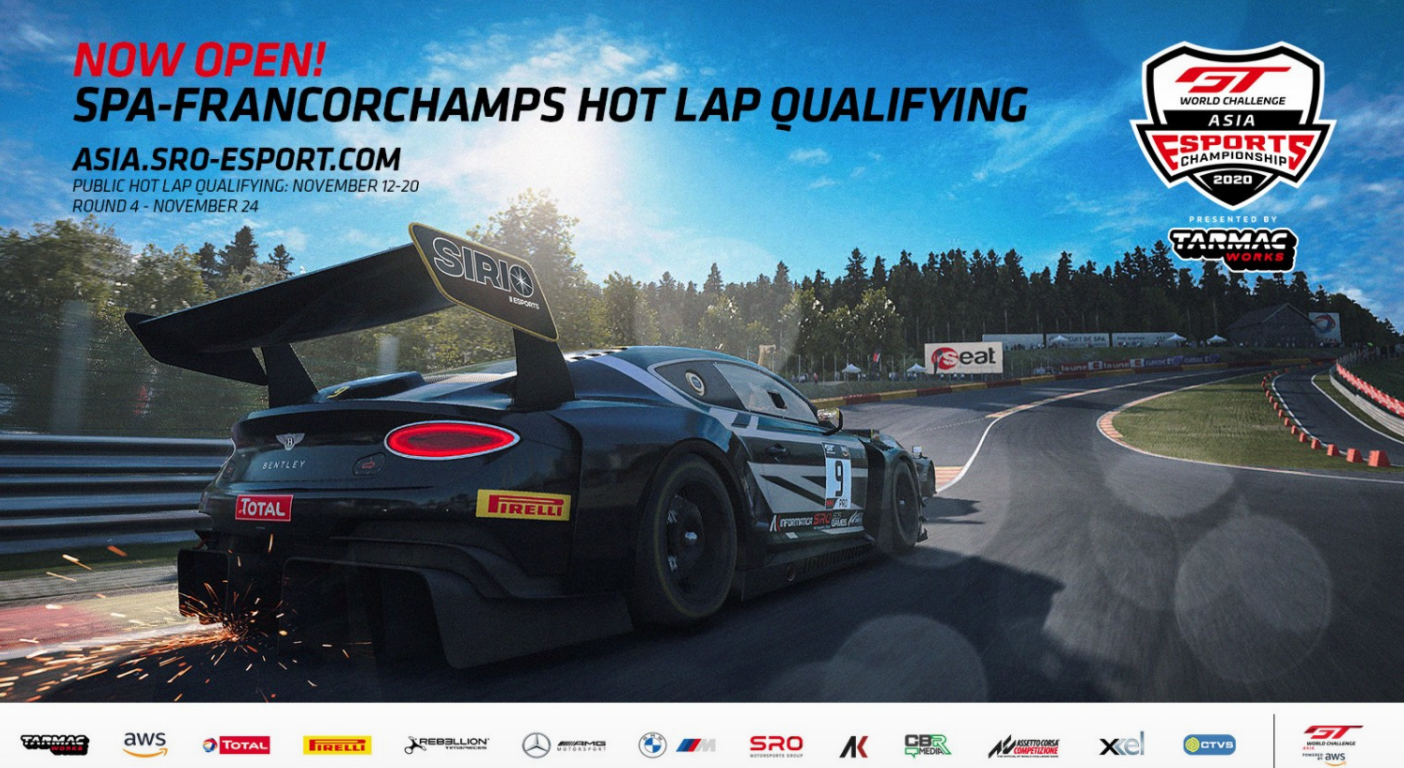 Round 4 of the GT World Challenge Asia Esports Championship Presented by Tarmac Works takes place at Spa-Francorchamps on November 24. And YOU can be part of it!

Amateur sim racers from across the Asia-Pacific region can set hot lap times on the PC version of Assetto Corsa Competizione – the official game of GT World Challenge Powered by AWS – in an effort to qualify for the fourth of this year’s five championship rounds.

Points will once again be awarded at the end of two 60-minute races – one for real-world professionals and amateurs, the other for sim drivers – which take place at the home of the Total 24 Hours of Spa in late November.

Amateur sim racers from across the Asia-Pacific region should visit asia.sro-esport.com to register and qualify before November 20.