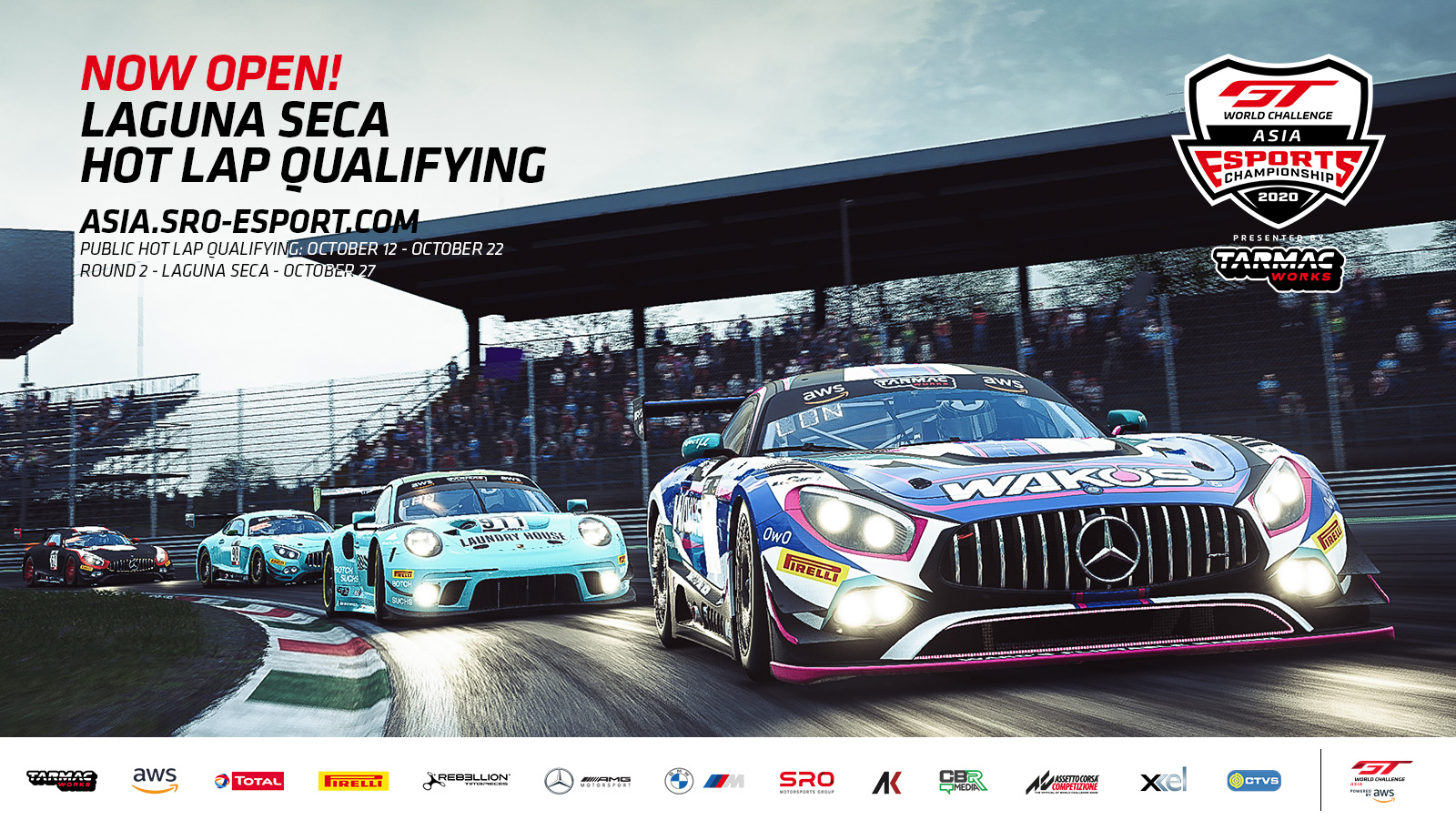 Round 2 of the GT World Challenge Asia Esports Championship Powered by Tarmac Works takes place at Laguna Seca on October 27. And YOU can be part of it!

Amateur sim racers from across the Asia-Pacific region can set hot lap times on the PC version of Assetto Corsa Competizione – the official game of GT World Challenge Powered by AWS – in an effort to qualify for the second of this year’s championship rounds.

Points will once again be awarded at the end of two 60-minute races – one for real-world professionals and amateurs, the other for sim drivers – which take place at the demanding Laguna Seca Raceway in California later this month.

Amateur sim racers from across the Asia-Pacific region should visit asia.sro-esport.com to register and qualify before October 22.