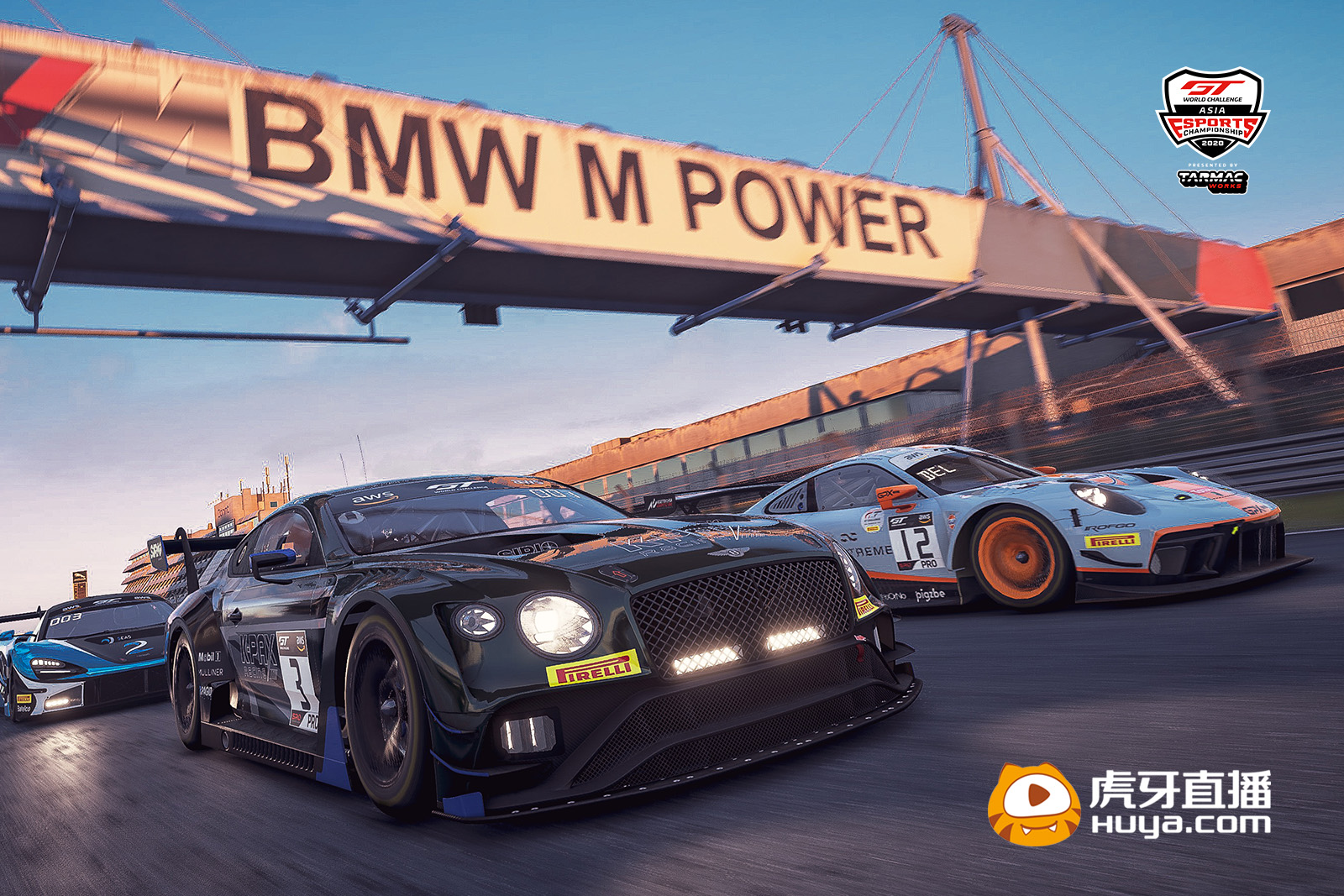 One of the world’s biggest esports markets will receive free access to all five rounds of the new sim racing series, which begins at Monza on October 6. Dedicated Mandarin commentary will accompany each broadcast on Huya, the native digital platform that accounted for 6.1 million real-world GT World Challenge Powered by AWS livestream views in 2019.

XCel and CTVS were also responsible for livestreaming GT World Challenge’s European and American series in China. Collectively the three championships generated a combined 22 million digital views in the country.

Anthony Comas, SRO Motorsports Group Marketing and Business Development Manager: “This is a very important step for our new Asian esports championship and partners. XCel Broadcast and its facility partner, CTVS, have a proven track record in China where the real-world GT World Challenge Powered by AWS enjoyed significant exposure last year as a result of their expertise. This new agreement with Huya – which generated the largest number of views across our Chinese digital roster in 2019 – promises to build on that existing partnership while also providing China’s increasing esports fanbase with an opportunity to support their sim racing compatriots on the regional stage.”

Dave Roberts, XCel Broadcast Managing Director: “We really value our partnership with SRO Motorsports Group and are excited to be involved with their new Asian sim racing venture. China is now one of if not the world’s most valuable esports market so it’s imperative that GT World Challenge Asia’s new championship gains a foothold there. XCel and CTVS have the expertise to provide it, as proven with our previous work in traditional live sports streaming. I’m relishing the opportunity to apply our real-world production values to SRO’s esports championship in Asia.”

Gernot Kuntze, CTVS General Manager: “We are delighted to be a part of SRO’s exciting new esports project. As a China-based company CTVS has kept a close eye on esports’ growth within the country and region generally. I think it says a lot about the industry’s increasing importance and mainstream acceptance that our partnership has directly expanded from real-world motorsport. Indeed, producing the GT World Challenge Asia Esports Championship for a Chinese audience is a natural next step for us.”

The GT World Challenge Asia Esports Championship’s opening round takes place at Monza next Tuesday. Race 1, featuring professional and amateur sim racers, begins at 19:40 CST before the second – a mix of real-world pros and ams – gets underway at 21:00 CST.

Chinese viewers can watch both 60-minute races live with Mandarin commentary on Huya, while SRO’s Youtube and Twitch channels will stream English-speaking coverage to the rest of the world.