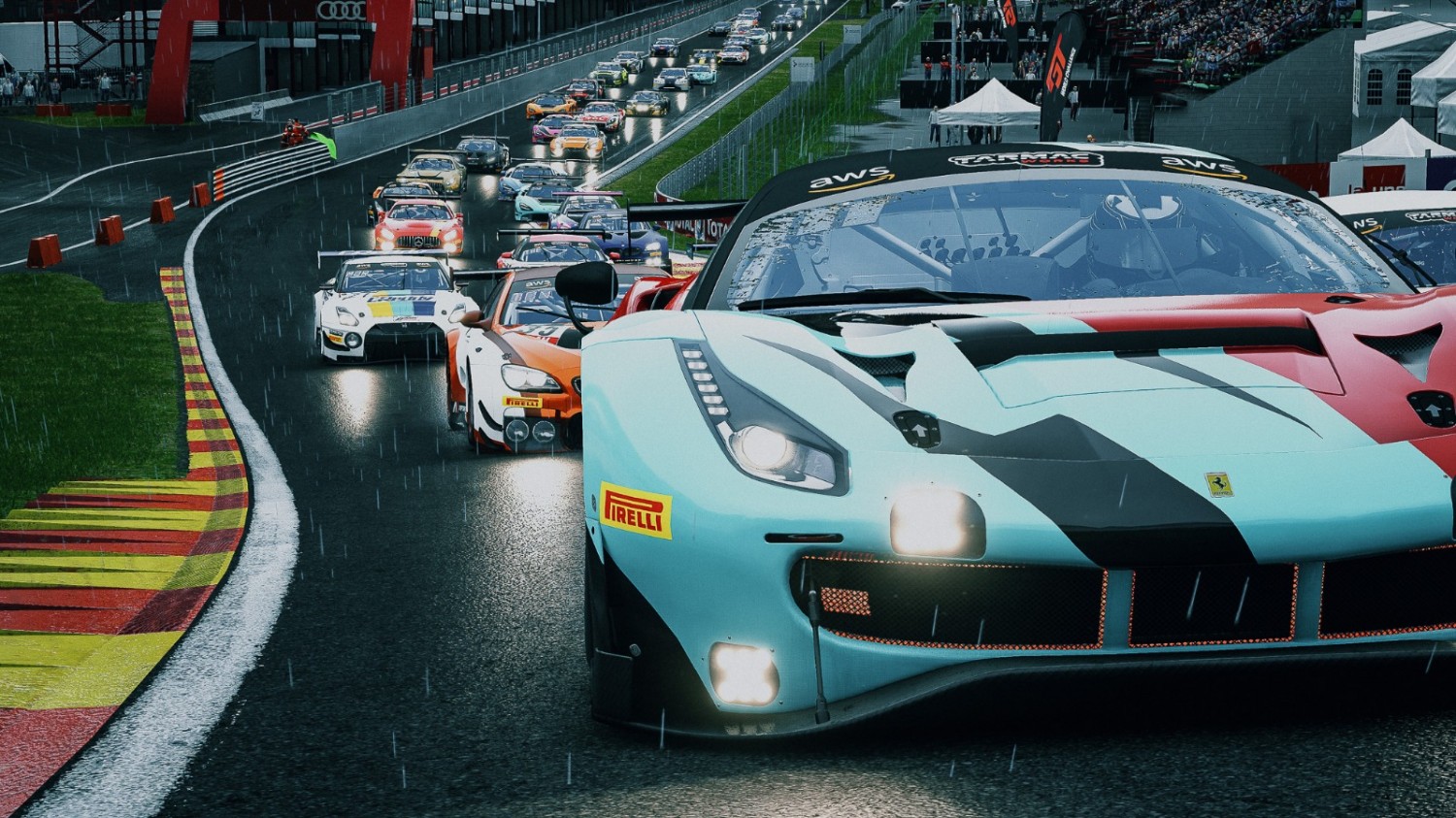 All four TCL GT World Challenge Asia Esports Presented by Tarmac Works class titles will be decided at the season finale on December 8 after several championship protagonists hit trouble in the penultimate round at Spa-Francorchamps earlier today (November 24).

But there was better news for Andika Rama Maulana (Legion of Racers, Mercedes-AMG) who extended his Sim-PRO advantage to 19 points with a routine second victory in as many events during the first of today’s two 60-minute races.

Andika Rama Maulana took a significant step towards winning this year’s Sim-PRO drivers’ title with a commanding victory – his second in as many races – at Spa-Francorchamps.

The gap between first and second now stands at 19 points after Kin Long Li recovered from a spin at La Source to finish seven seconds further back, while Luis Moreno’s well-judged drive earned the Legion of Racers Nissan its first podium of the season.

Should Long Li win at Suzuka, Maulana will require six points – that’s seventh place – in order to secure the crown.

The Indonesian was again prepared to play the long game at Spa where poleman Ferris Stanley led for much of the first 35 minutes. Maulana was never far behind the Ferrari, though, and took the lead when Stanley moved aside approaching Fagnes after coming under increasing pressure.

From there the Mercedes-AMG eased clear before making its mandatory pitstop with five minutes remaining.

Behind, Stanley had soon fallen into the clutches of Long Li who was enjoying a quiet but effective race up to that point. A coming together in traffic saw the Mercedes-AMG loop at La Source, but the time lost wasn’t sufficient to drop a place. Indeed, Long Li’s decision to pit immediately after helped him make up the time and more before Stanley made his mandatory stop with a lap remaining.

The Laundry House Ferrari would lose another place before the chequered flag thanks to Moreno whose earlier pitstop also paid dividends towards the end despite a wild moment or two. The Nissan finished four seconds clear of Sim-AM class winner Stanley, while Brandon Dove (Unleashed Drivers, BMW) – who led briefly after the start – wound up fifth overall and second in class following an early pitstop.

Padayachee’s race lasted just half a lap before a home internet outage ended the championship leader’s evening just as the Tarmac eMotorsports Mercedes-AMG had moved into third.

That handed the advantage to his nearest rival and Silverstone race winner Moh who, along with poleman Borg and Wells, broke clear of Lo in fourth. The trio circulated as one for a while before the Lamborghini took third from Moh who then dropped down the order with separate incidents on the same lap.

With just 10 minutes gone the pattern of the race was set – Wells tracking Borg whose lead ebbed and flowed through the traffic. However, a 15-second penalty for avoidable contact with Darryl O’Young soon left the Leipert Lamborghini not only searching for a way past but also with a sizeable gap to build.

Just 12 minutes remained when Wells finally prised the door open at Bruxelles. However, he was unable to build enough of an advantage and ultimately finished 13s adrift of Borg after both drivers made their mandatory pitstops late in the race.

Ling finished 30s further back but secured a fine overall podium after a fast, mistake-free drive from 16th on the grid. The Lamborghini – which has shown prodigious pace in Ling’s hands all year – pitted at the first opportunity and spent the rest of the race picking off its rivals when they also stopped.

Just behind came Lo who was initially the chief beneficiary of Moh’s issues before having a moment of his own in traffic after 15 minutes. That dropped the Audi behind title rival Kevin Tse who knew that victory would secure him the Real-AM crown. The pair weren’t too far apart when the Audi pitted 10 minutes later, and it was Lo’s pace thereafter that allowed him to undercut the Craft-Bamboo Mercedes-AMG en route to class victory, fourth overall and a title shot at Suzuka.

Moh recovered to finish fifth overall and fourth in class – enough to reduce Padayachee’s advantage from 19 points to seven ahead of the season finale – while Borg’s victory leaves him five more further back.

Alister Yoong was once again effective en route to sixth in the Axle Sports Lexus, while Tse now leads Real-AM rival Lo by 13 points after finishing second in class and seventh overall.

The best of the Porsches was next up – Viper Niza Racing’s Dominic Ang beating Laundry House’s Evan Chen to eighth – while Jasper Thong (EResports, BMW) rounded out the top-10. Alex Au (Ryzen Racing, Lamborghini) completed the AM podium finishers one place further back.